Mow your way through waves of humans to save mankind from itself in Spareware a 4-player co-op shooter with roguelike elements.

Assemble your robot from spare parts & traverse through the cities of the future unlocking new equipment & abilities as you go.

Play through the campaign locally with up to four players. Use any of the 12 uniquely terrifying weapons to mow your way through the deluded defenders of the cities.

Select the parts for your robot to fit your personal playstyle. The 26 unique parts directly affect your robots statistics - new parts can also be found from levels to replace the ones lost on the way.

Pick from four unique skill trees consisting of 36 abilities upgrading your robot to become an unstoppable devastator. Heal your friends, mine the ground & summon artillery strikes to help you on your expedition.

Fight endless waves of versatile police forces that try to hamper your progress & fight for every district you conquer.

The cities themselves are filled with defensive devices to hinder any invasion - with deadly traps lurking around every corner.

Fight your way through the procedurally generated cities of Helsinki, London & Las Vegas that are uniquely generated for each playthrough.

Tired of only killing squishy humans? Wreck your friends in local competitive modes for up to 8 players.

Spareware was released on Xbox One in March with a consistent stream of updates & new content having followed the release.

Vote us on Greenlight: https://steamcommunity.com/sharedfiles/filedetails/?id=749598144 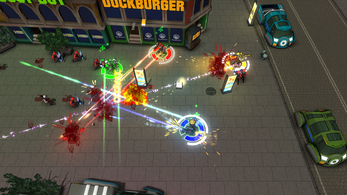 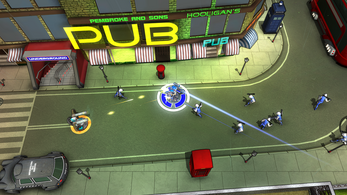 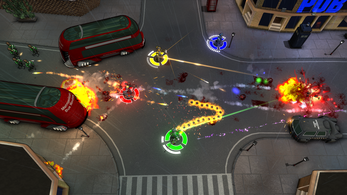 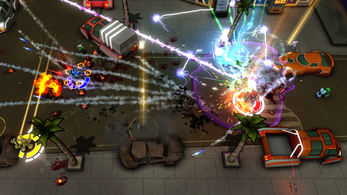 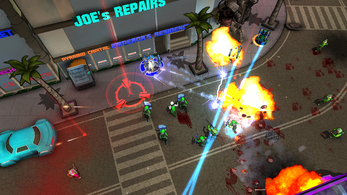